Learn German with this app for Android ( free)!

Are you ready for the Innovative approach to Russian learning?

Professional and polished interactive software for learning a new language, like Rosetta Stone and Fluenz, cost hundreds of dollars. Even online-only programs, like Babbel and Transparent Language Online require subscription fees that add up over time. Occasionally, you can find a deal, like with Rocket Languages Premium, which grants a lifetime license to its lessons for a single payment, but even that is an investment. It begs the question: Are there any programs or apps that help you learn or practice a new language that are free?

The answer is a not-so-straightforward "yes." Finding the right language-learning program for you—based on your learning style, current level, objectives, not to mention which language you want to study—is tough enough when you pay for software, so rest assured it's even more difficult when you're looking for a free solution.

On the following pages, I've named several free resources for language-learning that offer content in multiple languages. A few can be classified more as vocabulary aids rather than complete programs, but I think they may still be helpful to some learners, especially when paired with a more rigorous course.

I've used a few unique apps that have excellent content for learning and studying, but they tend to be one-off apps for a specific language and purpose, rather than general programs with course content in many languages. Two mobile apps that come to mind are Human Japanese Lite and Conjuverb for practicing Spanish verb conjugations. Another example would be DW's Language course, which only covers German.

I've excluded those kinds of apps from this list, but if you know of a great app that is specific to one language or purpose, please do share it with other readers via the comments. I'm sure more people will want to know about its existence.

Finally, public libraries (at least in North America) often have copies of that expensive language-learning software for loan. I highly encourage anyone who is serious about language learning to use a library as a free resource to at least try out a few different programs before committing to one.

For more suggestions of paid programs and what differentiates them, see "The Best Software for Learning a Language."

Here are seven free programs, apps, and services for learning a new language, in alphabetical order:

BBC Languages
Surf around the British Broadcasting Corporation's website long enough, and you may just land on the Beeb's language-learning content. A few of the most popular languages that English speakers tend to learn are represented, but don't confuse these with languages in the "quick fix" section. The latter content is merely an ultra condensed list of common phrases. For the fully supported languages, you'll find assessment tests to help you figure out if you're a beginner, intermediate, or advanced students, and then a cluster of resources, including PDF vocabulary lists, crossword puzzles, and more. Steer toward the video lessons, which have the right kind of structure for someone looking to actually study a language over the course of several weeks.

Byki
Byki is a downloadable flashcard program that you can use to learn new words in any one of dozens of languages. It's the free component to the much more rigorous and Transparent Language program, and you'll find a few prods to upgrade or buy the larger software package occasionally (but not too much, which I appreciate).

Busuu
Online-only Busuu uses crowd-sourcing as part of its language-learning system. When you first start out, you'll encounter a lot of flashcards for learning new words and phrases, but as you advance, you'll have the opportunity to practice writing and answering questions, which will be marked by other users who speak the language you're learning natively. For any crowd-sourced method, you have to put trust in the fact that 1) you'll connect with people who are actually willing to give you feedback and 2) the feedback they give you will be something you can understand, because it may be written in the language you're trying to learn rather than one you already speak. The free parts of Busuu are part of a larger model, and you can certainly get more out of the program by leveling up to a Premium account (from $24.99 per month). Free users can only study one language at a time.

Duolingo, my favorite service on this list, is extremely well structured for a free language-learning program. It really looks like a paid program. Duolingo has you drill through exercises, which are part of larger lessons, to learn basic words, phrases, and grammar. Then you practice what you've learned by working on translations of real-world content from blogs and websites. Other Duolingo users then rate these translations, a practice that has been shown in some studies to actually work (Duolingo was originally conceived at Carnegie Mellon University). Two downers: Not many languages are supported. Jumping ahead to a more advanced level isn't simple, although it is possible.

If you like Duolingo, the good news is you can continue your learning course on an iPhone (and word on the street is you'll be able to do so on Android soon, too). The content is almost identical on the iPhone as on the full website, with only minor tweaks for ease of use on the smaller screen, and a few languages not yet ported to the iPhone version. You get a fully laid out course, with units and lessons that you work through in a consecutive order. And your progress syncs seamlessly across the Web and mobile versions.

Keewords
In my time with Keewords (study.keewords.com), an online-only flashcard program for building vocabulary, I've found it to be rather buggy, especially the audio component. It also has an odd selection of languages, missing some of the most popular ones that English speakers tend to learn (Spanish, French, German). There are many more languages included, but only if you speak another language fluently (for example, you can learn Spanish if you speak Norwegian). If you need to build your vocabulary in one of the languages that is supported, well, at least it's free.

LingQ
I have a hard time recommending LingQ as a free language-learning program because it's really a paid service (memberships from $10 per month) with very limited free content, although it is often purported to be free. LingQ also purports to be for beginners, but in my experience I think it's better if you have some knowledge of the language already, as it doesn't introduce new material well. The free version gets you five lessons and 100 "LingQs," or saved vocabulary items, as well as access to "Cloze Tests."

Other Resources
You can find a wealth of free language-learning resources via iTunes U, but often they send you on a wild goose chase.

One compilation of free resources lives at OpenCulture.com, which has links to universities and other professional academic resources for free language learning. The resources, however, mostly just give you access to materials and are not necessarily an interactive course. Some of the materials are downloadable Zipped files, while others are accessed through iTunes U.

For suggestions of paid programs and what differentiates them, see "The Best Software for Learning a Language" 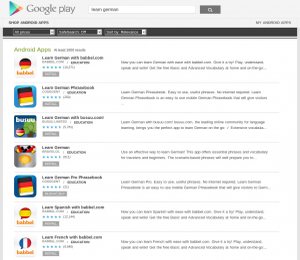 Learn German with this app for Android ( free)! 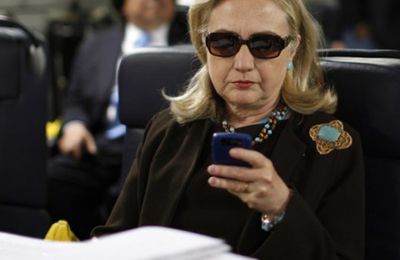 Are you ready for the Innovative approach to Russian learning?
Thème Noodle -  Hébergé par Overblog