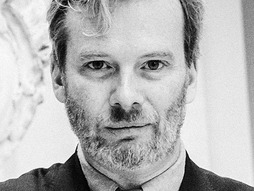 Luke Syson joined the Metropolitan Museum of Art in 2012 as the Iris and B. Gerald Cantor Curator in Charge of European Sculpture and Decorative Arts. This year, he co-curated the small but innovative exhibition "Plain or Fancy? Restraint and Exuberance in the Decorative Arts." Before joining the Met Syson was Curator of Italian Painting before 1500 and Head of Research at the National Gallery, London. While at the National Gallery, he was curator of the exhibition "Renaissance Siena: Art for a City," and in 2011 he organized the groundbreaking "Leonardo da Vinci: Painter at the Court of Milan."

Syson was also one of the curators who organized the acclaimed Enlightenment Gallery at The British Museum and was part of the team that planned the new galleries for Medieval and Renaissance Art at the Victoria & Albert Museum.