McKenna Pope: Want to be an activist? Start with your toys 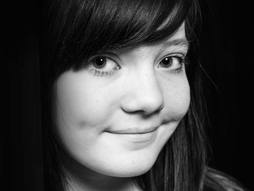 If anyone's still worried about today's teenagers melting their brains on the Internet, there's at least one who stands out against the crowd: teen activist McKenna Pope. In 2012 Pope's four-year-old brother, who had a passion for cooking, was beyond excited to ask for an Easy-Bake Oven for Christmas. But, confused by the pink and purple colors and the television ads that only featured girls using the toy, he became discouraged.

Pope, thirteen at the time, was indignant that her brother should think any less of himself as a boy who liked to cook. Naturally Pope turned to the Internet. She posted a video and written petition urging the CEO of Hasbro to change its marketing and packaging around the Easy-Bake Oven to make it appealing to boys as well as girls. Pope could hardly anticipate what came next: She received 45,000 signatures and a call from Hasbro, inviting her to their headquarters in Pawtucket,Rhode Island to show her their new unisex designs.